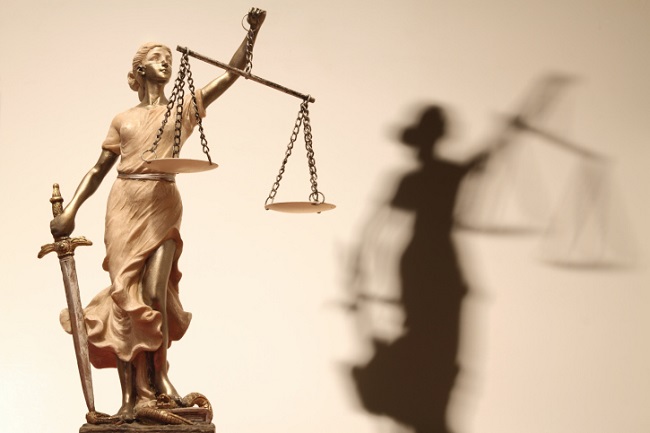 Principles and practices of natural justice have been in place since time immemorial. In its broadest sense, it is “the natural feeling of what is right and wrong” and is associated with ‘fairness’ in its technical sense. Prior to 1963, the Courts of India were hesitant to include the applicability of natural justice in administrative functions.

Natural justice developments in India have been roughly analogous to those in England. In the landmark case of Ridge v. Baldwin which is also dubbed the ‘Magna Carta of Natural Justice’ a shift in judicial attitudes was noticed with regard to the application of natural justice. Simultaneously, the Hon’ble Supreme Court of India (“SC”) had been struggling to deal with cases relating to principles of natural justice until the A.K. Kraipak case which marked a shift in the Indian jurisprudence.

The principles of natural justice to date are not codified in India but are widely accepted unlike in the United States wherein the expression ‘natural justice’ has already been guaranteed by the text of the Constitution.

This article purposively attempts to draw a nexus between principles of natural justice and its role to set in stone the implementation of these principles in judicial, quasi-judicial, and administrative functions through established principles and judicial precedents.

The law is well settled when the question arises “whether it is mandatory for the adjudicating authority to follow the principles of natural justice?” compulsorily. The question was considered in Cooper v. Wandsworth Board of Works wherein it was determined that there may be no statute that requires a party to be heard but fairness is to be maintained in all ways possible. Another question that arises in Indian jurisprudence frequently is “whether the principles of natural justice apply to administrative authorities?”. Answering the highly debated question at that time the SC reasoned in State of Orissa v. Dr. (Miss) Binapani Dei that even if the order made was administrative in character it has to be in consonance with natural justice.

The present article revolves around the evolution and critical examination of the three principles of natural justice in India. Firstly, ‘nemo debet esse judex in propria causa’ which in its literal sense means “no man can be a judge in his own cause” and is a cardinal principle that is to be followed to ensure no bias or impartiality. Secondly, ‘audi alteram partem’ means “no one shall be condemned unheard” ensuring justice to both the parties involved. Thirdly, ‘speaking order’ means that “there shall be proper reasons for every decision“, this prevents abuse of administrative discretion and ensures that the decisions are impartial and can be reviewed meaningfully. In India, Siemens Engineering v. Union of India was the first case to observe that, quasi-judicial authorities are required to pass the reasons for the order.

Natural justice norms are drawn from basic administrative law rather than from the specific legislation being administered. On the other hand, many legislations establish the steps that must be taken to reach a decision; for example, the statute may specify who is entitled to notice, when and how notice should be provided along with the sort of hearing that must be held, and the amount of time available for a person to react.

A statute that deals extensively with decision-making methods might be seen as tacitly rejecting natural justice, although the law weighs in favour of the opposite view. If natural justice is not precluded, its obligations function alongside and enhance formal procedures. This means that just following the legislative processes may not be adequate if natural justice needs more.

In A.K. Kraipak v. Union of India, the issue that a member of the selection committee can recommend his name to the same committee was highlighted, although the concerned person was absent during the discussion of his name. In this case, the SC determined that his mere presence created a likelihood of bias in the minds of other committee members. In addition, it was proposed that the principles of natural justice must be applied to administrative functions. Thus, Kraipak’s case expanded the right to a fair hearing and altered Indian Administrative Law from conceptualism to functionalism. Consequently, the case had a substantial impact on the growth of this area of law.

It is an assumption that a decision maker who follows a fair procedure will reach a fair and correct decision. One of the most confusing issues in administrative law is how to combine the requirement for swift action in the public interest with the need for administrative justice or the prevention of erroneous administrative decisions.

In Maneka Gandhi v. Union of India, the passport authorities of India impounded the petitioner’s passport “in the interest of the general public” without providing any reasons for the same. The SC held that when the government seeks to impound the passport of a citizen it must do so after hearing the defence. The Court did classify the impounding of the passport of a citizen as a quasi-judicial action and held that ‘hearing’ being an essential requisite of fairness must be included within the administrative process. Bhagwati J, mentioned, that even if the passport authorities impounded the passport without any reasoning, an opportunity to be heard i.e., a post-hearing remedy should be provided subsequently. In the case of E.P. Royappa v. State of Tamil Nadu, the SC held that there should be no space for arbitrary and whimsical decisions which were violative of Article 14 and principles of natural justice.

Though the judiciary is attempting to strike a balance, it is equally possible to argue that there is excessive interference. Even after significant involvement, it is shown in many situations that the Court reaches the determination that the principles of natural justice change based on the various circumstances of the case, resulting in a lack of consistency in its implementation. To be fair, Courts often require discretionary authorities to have at least a basic hearing before acting, but this does not excuse them from considering whether natural justice principles still apply in modern administration.

The concept of principles of natural justice as observed throughout the article cannot be implemented in a restricted sense. Earlier, these principles in their applicability were restricted to Courts but now R.S. Dass v. Union of India and several other judicial pronouncements have extended the applicability and enforcement of principles of natural justice to national tribunals and administrative bodies while opposing the idea of these principles being interpreted and laid down in a strait-jacket formula.

Having discretion is a sine qua non for contemporary administration to work, however, it is strongly urged that there be legal requirements governing this discretion. It cannot be the Courts’ responsibility to govern administrative discretion all of the time. The absence of natural justice concepts should likewise be kept to a bare minimum. The absence of legislation does not imply that authorities are not required to observe natural justice principles. Administrative authorities should be required to conduct at least a minimal procedural hearing, depending on the facts of the case. A critical feature that was attempted to examine was whether or not establishing a law, such as the one passed by the United States, would result in uniformity in administrative proceedings. Without a doubt, such legislation and constitutional amendments would promote consistency, but they will also constrain natural justice principles.

Natural justice has withstood the test of time. They have captured man’s imagination since ancient times. They form the underlying bedrock of legal principles. They supplement and do not supplant law. These principles must serve as the beacon to determine the direction law must take.