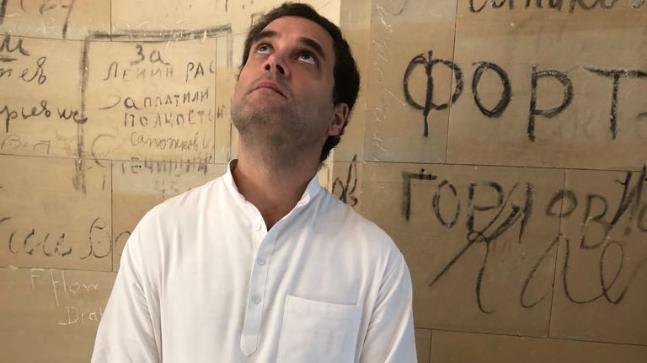 In the light of recent election results where the country has witnessed the formation of the government by a single political party with a sweeping majority, a debate has arisen as in who shall become the leader of opposition. The requirement of a minimum number of members for the recognition of a parliamentary party or group by the speaker has become the bone of contention in the appointment of the leader of opposition.

The Directions [[i]] 120 and 121 issued under the Rule 389 of the “Rules of Procedure and Conduct of Business in the House of People” [[ii]] provides for Recognition of Party or Group and conditions for such recognition. The said directions were issued by the first speaker of Lok Sabha G.V. Mavalankar and has been famously known as Mavalankar’s rule.

Amongst various conditions laid down by the directions, direction 121(1)(c) requires a party to have at least a strength equal to the quorum fixed to constitute a sitting of the house i.e. one-tenth of the total number of members of the house.  Hence, as per the present strength of Lok Sabha, there should be at least 55 members in order to be recognised by the speaker.

Similarly, the Leaders and Chief Whips of Recognised Parties and Groups in Parliament (Facilities) Act, 1998 [[iv]], which also recognises the position of leader of opposition defines recognised party as a party which has a strength of not less than fifty-five members in the House (with respect to Lok Sabha) and not less than twenty-five members in the Council (in case of Rajya Sabha). It is also interesting to observe that the Act refers to the 1977 Act in defining the term Leader of Opposition.

The Leader of Opposition plays an important role in many selection committees. The Central Vigilance Commission Act, 2003 [[v]], Right to Information Act, 2005 [[vi]], Protection of Human Rights Act, 1993 [[vii]] and Lokpal and Lokayuktas Act, 2013 [[viii]] provide for the membership of Leader of Opposition in their respective selection committees. Amongst the said legislations, the CVC Act and RTI Act provide for the membership of leader of the single largest group in the absence of the Leader of Opposition party. Although all the legislations state that the vacancy of any member in the committee would not render the selection invalid. Different conclusions can be drawn from the said legislations.

Firstly, it can be assumed that the Parliament has recognised the situation of absence of Leader of Opposition (at least in the case of Protection of Human Rights Act, 1993 and Lokpal and Lokayuktas Act, 2013) and hence no conclusion can be drawn that the leader of single largest group should become the leader of opposition. Secondly, it can also be argued that the selection committee comprises of members other than Leader of Opposition, where there could be a situation of exigency which might render a membership position vacant. The committee being formed to select some of the important positions of administration might not have the luxury of time to wait for the appointment for such vacancies. Thus, it is not necessary that the said provision recognises the absence of Leader of Opposition. Thirdly, it is also important to observe that all the selections by the said committees require transparency, thus the legislations provide for the inclusion of Leader of Opposition.

In a democratic setup, constructive criticism plays an important role. These criticisms are generally expected from the leader of opposition and opposition parties. In the Westminster setup, the Leader of Opposition is known as shadow prime minister. This is due to the reason that he/she has a responsibility of forming an alternate government, should the existing one falls. Going by this rationale it becomes reasonable to expect a party to have a minimum number of seats for it to be recognised as an opposition party. Although the Westminster setup accepts the largest party not within the government as Leader of Opposition [[ix]] such methods cannot be accepted in Indian scenario where we have certain directions regulating the recognition.

The 1977 Act only recognises the position of Leader of Opposition but lays down no guidelines as in what constitutes an opposition party. Although the speaker does enjoy discretion in recognition of parties, he still has Directions (120 and 121) which guides his actions. The actions of the speaker become questionable only when he rejects recognition to a party even after fulfilling the said requirements. Lastly, the Supreme Court in a petition challenging the Mavalankar’s rule has made it clear that it cannot entertain statement or procedure evolved to run the House as it is outside the purview of judicial review. [[x]] Thus, the onus lies on the parliament to give clarity on the matter. The need of the hour is for the parliament to define what constitutes opposition party and also frame guidelines for recognition of the leader of such party since the constitution has remained silent on the same.

Sarvotham is a student at Gujarat National Law University.