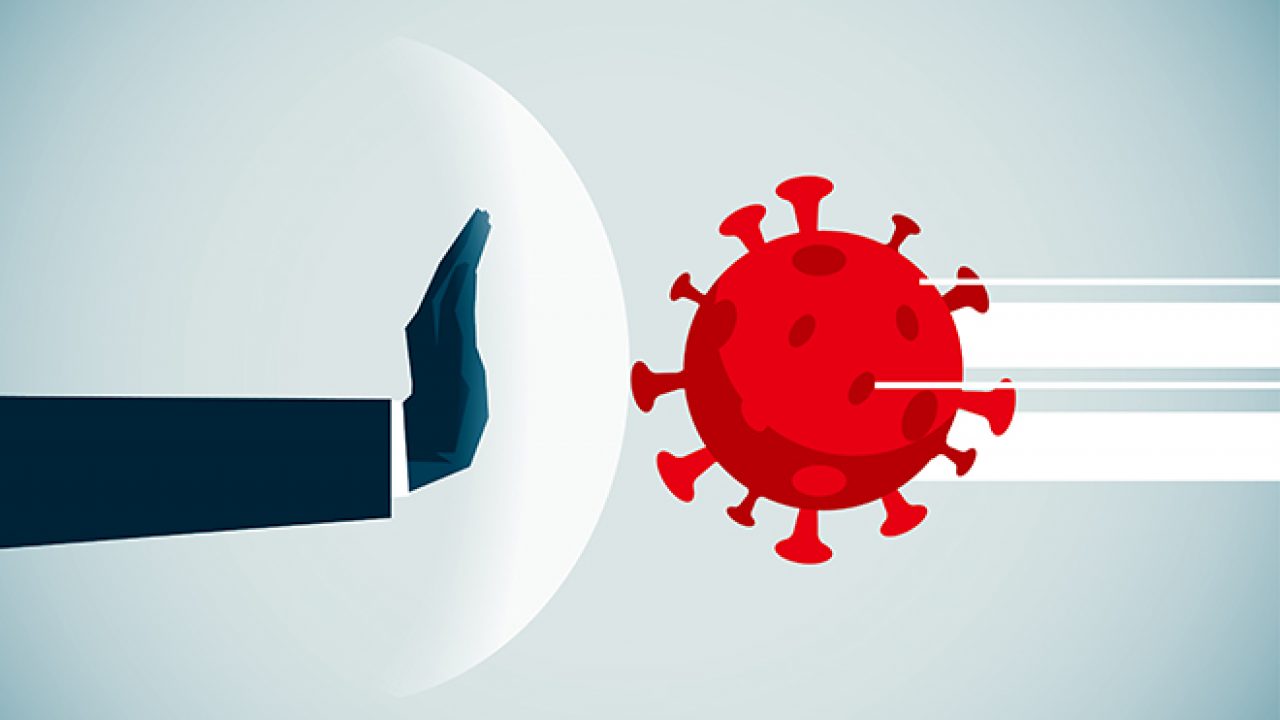 After the deadly coronavirus took hold of the world, it completely changed the way of life: socially, politically and economically. India being one of the most affected countries by the covid-19 pandemic was forced to adopt stringent lockdown measures to contain the virus. The social and economic costs of such biological disasters are on a high scale and differ on a region-to-region basis.

As per report titled ‘Mapping Climatic and Biological Disaster in India’ by the National Institute of Disaster Management, India has faced three biological disasters i.e. Dengue, Japanese Encephalitis, Covid-19 and there has been an overall increase in the number of Biological Outbreaks from 1995 to 2020. The Report mentioned that no state or Union Territory was left untouched by these disasters. This highlights the need to bring about solutions to address this issue and formulate a strong legal framework to control the after-effects. Various Acts and provisions confer powers in the hands of the Central and State governments to combat disasters. However, due to overlapping demarcation of power, conflict between Centre and State has arisen.

Biological disasters denotes the spread of a certain type of living organism or virus on a very large scale that can cause epidemic or pandemic disease, leading to catastrophic effects. It affects animal, plant and insect lifecausing disease, disability or even death on a large scale. The poor and underprivileged people are the worst victims on account of such disasters. The most sacrosanct right of Right to Life enshrined under article 21 extends its scope to cover ‘Right to Health’ which has been declared a fundamental right in Consumer Education and Research Centre vs. Union of India. It becomes the responsibility of the government to ensure the basic health infrastructure and preparedness to deal with biological disasters which affect the health of its citizens.

The federal distribution of power into three lists mentioned in the seventh schedule under Article 246 is held to be the part of basic structure of the Constitution by the Supreme Court in S.R Bommai vs Union of India. The subject of Disaster Management failed to secure a place and has not been explicitly stated under any of the three lists. However, subjects which are related to combating biological disasters have been dealt with under various lists giving rise to overlapping provisions. Inter-state quarantine measures are listed in entry 81 of the Union list. ‘Public Health and Sanitation; Hospitals and dispensaries’ form the part of State List which falls under the domain of the State Government. The matter listed in the Concurrent list can be legislated by both Centre and State governments. As per entry 26 and 29 of the Concurrent list, both Central and State governments have the power to make laws related to medical professionals and ‘prevention of extension from one state to another of contagious or infectious diseases’. In case of conflict, the laws made by Parliament would prevail.

With the intent to provide effective steps to mitigate the disaster, Disaster Management Act (DM Act) was enacted in 2005. National Disaster Management Authority (NDMA) was established under this Act to carry out the objectives of DM Act of providing a coordinated response against Disaster. Section 18(2)(b) further provides establishment of the State Disaster Management Authority (SDMA) to effectuate response against disasters following the guidelines given by NDMA. It could be inferred that SDMA is a subordinate body to NDMA and exists to implement disaster management plans at the State level. Furthermore, NDMA derives its power from Section 6(2) of DM Act which permits it to “take such other measures for the prevention of disaster, or the mitigation, or preparedness and capacity building for dealing with the threatening disaster situation or disaster as it may consider necessary.” This gives blanket powers in the hands of the NDMA to take whatever measures it may deem fit in the absence of any guidelines or limitations. Clearly, this would lead to interference with the power of State Government which has the autonomy to make decisions regarding public health concerns.

The Constitution of India draws a clear distinction between the powers allocated between the Centre and State government. Matters related to biological disasters which require maintenance of public health can be better dealt with at the grassroots level and thus the matter pertaining to ‘public health’ was entrusted to the State government. The Supreme Court of India in Devika Biswas vs. Union of India opined that a speedy and appropriate response is the essence in case of biological disasters and field functionaries could better tackle the problem in an effective manner as they are aware of the local circumstances.

Where the Centre encroaches upon the matters enlisted in State List, the rule of ‘colourable legislation’ comes into picture where the legislature cannot make a law indirectly if it doesn’t have the power to make laws on that subject directly. Separation of power is an important aspect to curb arbitrary use of power by any organ of the government. When the legislative authority oversteps its boundaries and limitations by performing any action in a disguised manner which they are not authorized to perform directly, the doctrine of colourable legislation comes into play. The Central Government acquires a coordinative role to play when the matter concerns two or more States which must be exercised within its bounds and limitation. For example, while handling the pandemic, the Centre should make decisions pertaining to ‘Inter-State’ quarantine measures and should refrain from interfering in the internal arrangements of the State. The primary focus while tackling covid-19 is on Public health infrastructure, hospitals and sanitation; which explicitly falls under the matters enlisted in State List, thus the encroachment of the Centre in this matter can be termed as unconstitutional.

Handing over all the responsibility on the shoulders of State Government often results in adopting different and contradictory policies by different States to tackle the disaster with similar causes and effects. The Supreme Court ruling in Gaurav Kumar Bansal vs Union of India mentions that the subsequent and after-effects of disaster results in death, destruction and trauma and must be dealt with in a planned manner. Since many States face similar aftermath of disasters, there must be a formulation of a concrete National Plan to deal with such after-effects that has a social and economic impact. Implementation of a National Plan would help in uniformly handling the situation at the central level.

The pandemic exposed the vulnerability and the weakness of the political machinery of our country when the management of covid-19 became a subject of politics, not realizing that there can be no winners in such a situation and only losers. The states ruled by some other party than that of the Central Government become victims of biasness and continuous targeting by the Central government. This could be seen in the case of migrant workers who faced hardships during the lockdown and soon became a subject of the political blame game.

The Sendai Framework for Disaster Risk Reduction 2015–2030 agreement set out the objective to reduce disaster-related risks and loss of life, livelihood and health. It stipulates that mere risk management institutions is  not enough to control the disaster risks and emphasizes on systematic approach from global to national to local scale. The Asia- Pacific Disaster Report 2021 stresses the need for Government for investing in health adaptations like food and nutrition, and health infrastructure resilience. The objective of such measures can be achieved by effective coordination between the Central and State Government.

The Act must explicitly categorize the disasters into local, district, State or National as it would allow uniformity in dealing with the situation. Disasters which are local in nature should be dealt with by sub-district and district officials working under the control of State Government. The disasters which spread to a large area should be dealt with by the Central Government acquiring a coordinative role between various State Governments without interfering in the internal matters of the State. By the application of the doctrine of residuary powers, the matters which has not been listed anywhere fall directly under the domain of Parliament.

One key issue with the Disaster Management Act is that States are just required to follow the guidelines and have no discretionary power of their own to legislate on the matters of biological disasters. This is particularly disturbing in light of the fact that State and local authorities are more aware of the ground realities and are devoid of any powers to address those concerns. Empowerment and delegation of power to these front-end functionaries is the need of the hour which is in line with the Recommendations made by the Administrative Reforms Commission in its 3rd Report titled ‘Crisis Management: From Despair to Hope’.

Many countries like Japan, Spain, Italy and Ethiopia declared state of emergency as they struggled with the coronavirus outbreak. The deadly pandemic situation which engulfed the nation was no less than an emergency situation in India. However, there is no provision for emergency on account of disasters in the Constitution of India. Matters concerning National interests call for the implementation of containment and welfare policies at the apex level without making any discrimination between States.

The author is a second-year student pursuing B.A. LL.B from National University of Study and Research in Law, Ranchi